combines ancient weaving, traditional metalsmithing, and contemporary materials to create unique and distinctive sculpture and jewelry. Her work is hand-woven on a floor loom with metals and plastics. Her forms are inspired by the elegance of geometry and the complexity of science.
First introduced to jewelry fabrication at Wellesley High School in Massachusetts, Anastasia continued training at the Revere Academy of Jewelry Arts in San Francisco, graduating in 2001. While earning her BFA in 2005 from California College of the Arts, she discovered weaving’s immense importance to her life’s work. She completed her MFA in Textiles at the Rhode Island School of Design.
Anastasia’s art has been exhibited nationally and internationally and has won many awards, including three Niche Awards (2008-2010). Her sculptural bracelet, Egg Hunt, is featured on the cover of 500 Plastic Jewelry Designs published by Lark Books. 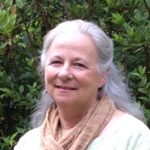 We all know Michele as the owner of Lunatic Fringe. She is a weaver, Master Dyer, writes regularly for handweaving publications, and teaches at fiber arts conferences across the country. Michele is a costume designer, and has been part of the FSU School of Theater Costume Shop since 2004. She has also costumed productions for Southern Shakespeare Company, Theater Tallahassee, Irish Repertory Theater, and Canopy Roads Theater, and designed the uniforms for the FSU Marching Chiefs Drum Majors.

enjoys exploring the boundaries of what a loom can do as much as she enjoys the traditional Swedish textiles that form her cultural heritage – so, you will find wire, electronics, and straw among the linens. Marie has been weaving since she was a small child in Sweden – her mother and grandmother were both weavers, and her great-grandfather was a dye master. Today, she lives and weaves in an old Victorian house in Austin, with her linguist husband – and makes an occasional summer weaving trip to Sätergläntan.
Marie is a self-described “recovering Landscape Architect” with a BA from UC Berkeley. She has taught garden design as well as knitting and weaving classes. Currently, she teaches weaving at The Contemporary Austin Art School and serves as President and webmaster for the Weavers and Spinners Society of Austin. Marie is a recipient of HGA’s Certificate of Excellence in Handweaving Level I. Her Dukagång Pillow was awarded “Best Home Decor Item” by Handwoven and published in the September/October 2015 issue; and her article on weaving with wire appeared in Weavezine in August of 2009. 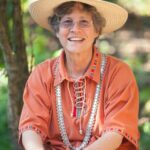 is the author of the phenomenal bestseller Learning to Weave, and co-author of Guatemalan Woven Wealth – Preserving A Rich Textile Tradition, and Traditional Weavers of Guatemala – Their Stories, Their Lives. She has lived in Guatemala since 1999 where, through her business, Weaving Futures, and her nine years as Director of Mayan Hands – Guatemala, she has had the pleasure and honor of working with many Mayan weavers, learning new things from them at every encounter.

Keynote Speaker: “But How Do I Connect?”

is a native Minnesotan, who learned to weave and spin in the 1970s in Austin, Texas. Her subsequent move to Southern California in 1980 initiated a 15-year stint as a professional spinner, weaver, dyer, teacher, and demonstrator, during which time she worked at Knott’s Berry Farm and the Denwar Craft Studio. Now back in Texas, Connie lives with her husband in the Heights area of Houston. She demonstrates for the Heritage Society and various local living history venues, keeps 3 looms going, spins on a variety of devices, and dyes on the back porch.

is the owner of New World Textiles and a cotton specialist. She spins it, weaves it, dyes it, and teaches all of the above internationally. She has been obsessed with cotton since the early 1980s when she learned to spin her home grown colored cotton on a great wheel, then graduated quickly to the charkha. While Eileen spins and weaves with other fibers, cotton is her passion.
New World Textiles opened as a mail order supplier in 1995, providing cotton-rich blends of spinning fibers for handspinners. Along the way, Eileen noticed that the charkha spindle was small enough to fit into a shuttle and, in 1996, she developed and introduced the Khadi Khanoo spindle shuttle so that she could go directly to the loom with her handspun.
In 2008, Eileen began researching a treated cotton product used in industry but unknown to the craft community. Her trademarked product line, now known as Dye-Lishus® cotton, was launched in 2013.

has been a multi-media artist all her life, even creating commissioned pieces while serving in the military. She still enjoys quilting, knitting, crocheting, and constructing wall art. Her weaving began with pine needles in the late 1980s. That grew to reed baskets, and later to brooms. Karen loves teaching and sharing her knowledge through classes and social media.

To say that Barbara Kile’s designs are multifaceted is an understatement. Her distinctive body of work includes media ranging from fabric, fibers, and felt to metal, wire, and wood. She finds inspiration in the world around her, drawing upon the style, color, and textures of places she has lived and traveled through since childhood. Many elements in her work come from the shapes and colors of Mother Nature herself.
For the last fifteen years, Barbara has focused her talents on felting and marrying felt with other materials in fun, innovative designs. “The challenge in my work is finding ways to make the juxtaposition of hard and soft, bright and dull, rough and smooth work to create a unified piece.” Barbara’s award-winning work has been exhibited in juried exhibitions all over the United States and internationally.

As a craftsman and artist, Deb McClintock constantly reaches to use the traditional techniques of weaving to present a contemporary feeling. She helps people rediscover the skill of textile weaving, appreciate the textiles in museums, and understand the link between our present and our past in the world of textile production. Deb is an independent scholar. Her current specialty is Lao weaving technology and its application to contemporary studio practice. She is currently expanding her studies to Northwest Vietnam, Cambodia and Burma. Deb’s work has been exhibited nationally, and she is a sought-after teacher and lecturer. 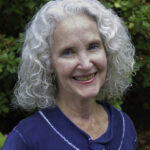 loves using color and geometric design in her weavings, her specialty being rep weave. An avid designer and teacher, Rosalie was featured in a 2-hour DVD by Interweave Press entitled “Rep Weave.” She publishes regularly in weaving and braiding journals and maintains an active teaching schedule throughout the United States, Canada, and England. Her interest in mathematics lead her to develop the 1,024 fourblock symmetric motifs, in addition to the 1,157 unique 2-color patterns for the kumihimo braid structure Kongo Gumi. She recently published her kumihimo designs in the book Kongo Gumi: A Cacophony of Spots – Coils – Zags – Lines. Rosalie’s current book in progress is entitled “An Exaltation of Blocks.” She hopes to have it ready to launch at her conference class in Houston.

Pre-conference Workshop: It’s in the Warp: Color and Design in Rep

After pursuing dual careers in biochemistry and weaving, Michael left behind a job as director of a biotechnology research lab in 1998 to devote full time to his career as a weaver. Weaving has been a fervent activity since 1973. His formal training in drawing, color, and design came from the Glassell School of the Museum of Fine Arts, Houston. Over the years, his activities have included lectures, workshops, jurying exhibits, and exhibiting in many local, national, and international juried and invitational shows.
Recently, Michael’s work has been included in the U.S. State Department “Art in Embassies” program; an exhibit at the American Craft Museum in New York; the invitational Triennial of Tapestry in Lodz, Poland; and “Houses for Nomads,” a solo exhibit at the Janina MonkuteMarrks Museum in Lithuania. His work is in the permanent collections of the Mingei International Museum in San Diego, the San Jose Museum of Quilts and Textiles, and the Art Institute of Chicago.

is a tapestry weaver whose work is in the collection of the City of Houston and included in the Fiberarts Design Book series. She has curated fiber exhibits for the Blaffer Gallery of the University of Houston, the Art Institute of Houston, and Diverseworks. She also curated an exhibit at the Williams Tower that toured to the Textile Arts Centre in Chicago. Jana’s articles have appeared in Fiber Art Now, FiberArts magazine, Handwoven, and Surface Design Journal; and she has presented lectures and workshops nationally and internationally.

s has owned and operated Lynn’s Texas Fibers since 1994. In the past, her work has incorporated handweaving and spinning, but her current focus is on the making and use of silk fusion. She has taught workshops for guilds in Texas and Houston, and also at the Houston Center for Contemporary Craft, where she was an Artist-in-Residence in 2008/2009.

was introduced to weaving in a high school fiber arts class in 1971, and she has been throwing the shuttle ever since. In 1979 she had an opportunity to study early American production weaving techniques at the Marshfield School of Weaving. Working efficiently on pre-civil war era weaving equipment provided Dee Dee with the foundation for becoming an exceptional craftsman. Her Finnish/German heritage inspires her to weave traditional and contemporary designs in natural fibers, primarily linen. To learn more about weaving traditions around the world, Dee Dee has traveled to Mexico, Guatemala, Thailand, Laos, Cambodia, and most recently Sweden.
When she is not weaving, Dee Dee is making felt. Felting is so much fun and offers instant gratification through the process. Her whimsical side is displayed in the felt pieces she creates. Dee Dee has written for Handwoven magazine and has garnered awards in local and national exhibits. 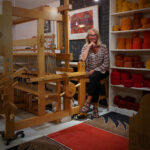 Nebraska artist Mary Zicafoose’s tapestries and rugs span the globe from eclectic homes to corporate offices to Unites States Embassies on four continents. Her woven pieces blend cultural icons and symbols with a contemporary hand, creating powerful visual statements in fiber. Zicafoose is a master at weft ikat, a complex design dye process that has stimulated new directions in tapestry.
Mary has worked, traveled, and taught throughout the Americas. A largely self-taught weaver, she received her BFA from St. Mary’s College, Notre Dame, Indiana. Her graduate studies include the School of the Art Institute of Chicago and the University of Nebraska. She credits her courage at the dye pot to the influence of painter Mark Rothko, and her designs to every textile she has seen and touched.
A two-time USA Artist finalist, Zicafoose is Co-Director Emeritus of the American Tapestry Alliance, chairman of the board of the Omaha Union for Contemporary Art, and former board member of GoodWeave USA. Extensive exhibition, teaching, and lecture venues include the de Young Museum, San Francisco, Penland School of Craft, Arrowmont School of Craft, and weavers guilds and textile conferences worldwide.