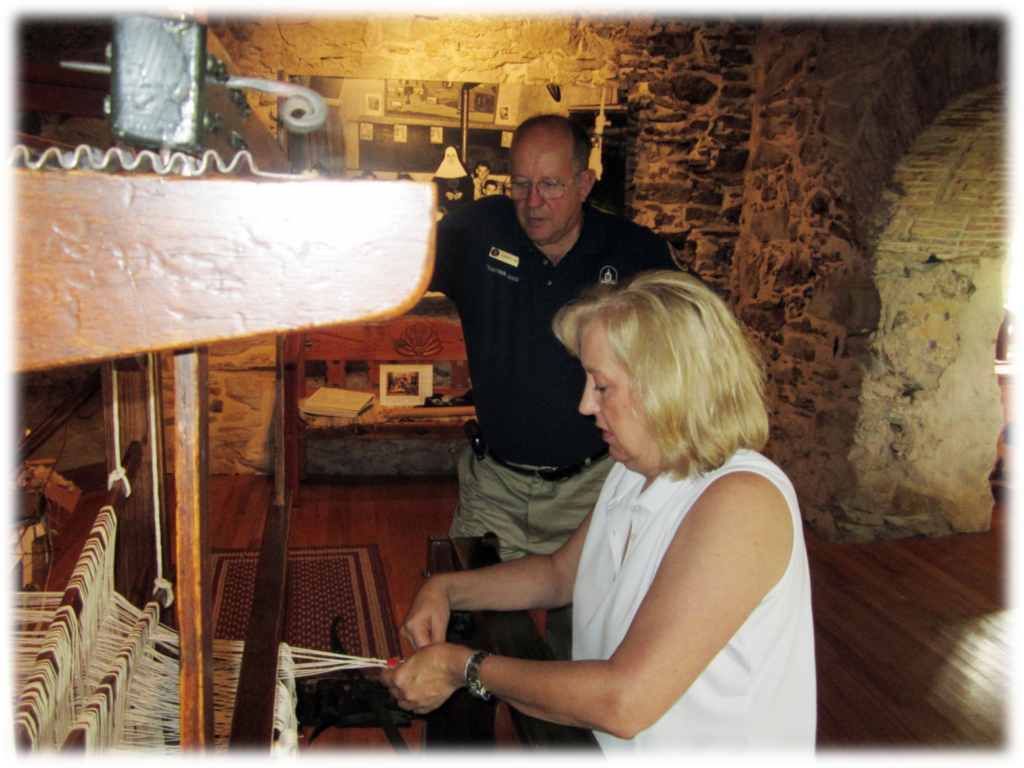 CHT weavers in San Antonio are helping keep the beat of the loom going at one of the oldest sites of Texas settlement, Mission San Fransciso de la Espada. Locally known as Mission Espada, the UNESCO World Heritage Site, was established along this bank of the San Antonio River in March 1731 by the Spanish Franciscan missionaries.

Along with a religious purpose, the mission was the center of an agricultural community of missionaries, native people, and settlers. The National Park Service site tells us, “By the mid-1700’s, these mission walls echoed with the essence of a dynamic community: the blacksmith’s ringing anvil, bellowing livestock, three pounding looms, the clatter of carpentry, and the scrape of the brick maker. Imagine peach orchards and vast fields of beans, corn, and melons beyond the walls, and within, the hum of chants, prayers, and instructional conversations. Daily training and tasks were accomplished to the timing of the mission bells “which clang out three times a day…startling in the still country air.”

Members of the San Antonio Handweavers Guild have helped the mission bring back a working loom to the site. They are called on to keep the large barn type loom warped and ready for the volunteers and rangers to demonstrate one of the vital crafts of mission life.

A lot has changed since San Antonio was founded 300 years ago, but the simple act of tying on a new warp to an historic loom reconnects local weavers to their community, both past and present.